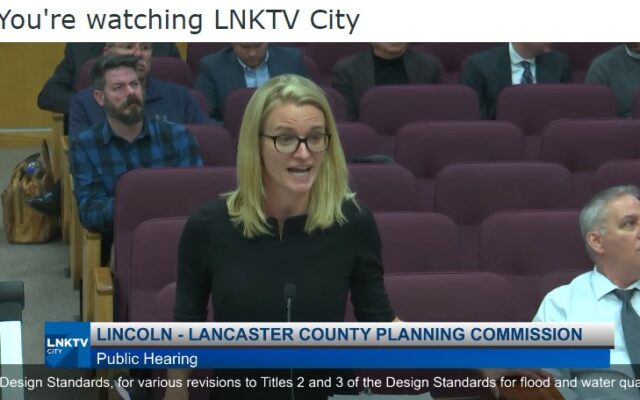 Lincoln, NE (November 16, 2022) The city-county planning commission has given its approval to updating Lincoln’s regulations for building in flood plains.  Mayor Leirion Gaylor Baird, City staff, and conservation officials who contributed to the City’s Watershed Management Study, all have recommended requiring that new buildings in the flood plains of streams such as Salt Creek be at least two feet above the highest expected flood level.

Mayoral Assistant Jon Carlson said the Federal Emergency Management agency is updating the maps to reflect higher rainfalls resulting from climate change, but they won’t be ready for another five years.

“We need to update the flood protection in the interim.  We know the flood maps will be updated.  We know they will show the accurate elevations, but they do not show them now.  We need interim protections to make sure people are kept safe.”

Attorney Kent Seacrest represents a coalition of 27 businesses and organizations that asked for a six month delay, to allow further study.

Seacrest asked for a six month delay to allow studies in areas such as the cost of the stricter regulations, and a more in-depth look at whether regulations are needed throughout the Salt Creek Watershed.

“We feel that the regulations, to be sure they’re not over, under, overdoing it, should have a cost-benefit analysis to be sure we understand the cost.”

After nearly four hours of public and staff testimony and discussion among Commissioners, the proposed regulations were approved.  They will go  next to the City Council, with Public Hearing and final vote scheduled for December.