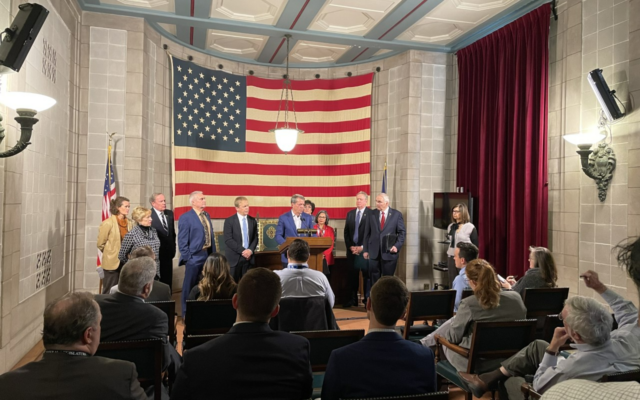 “We must and we will invest in every Nebraska kid so that the education they receive is the highest quality, no matter where they live in our state,” said Governor Pillen. “These bills are the culmination of great teamwork from groups representing stakeholders from across Nebraska. Through this legislation, we will ensure future generations of students are on solid footing, make funding more uniform across all school districts, and provide Nebraskans with property tax relief that is long overdue.”

LB 583, introduced by Senator Rita Sanders, calls on the state to allocate $1,500 annually for every K-12 public school student through the Tax Equity and Educational Opportunities Support Act (TEEOSA). The increase amounts to nearly $113 million in state aid. In addition, the bill proposes a statutory provision that 80 percent of special education funding be covered through a combination of federal and state funding. The state portion, almost $160 million, would be on top of the existing $250 million in annual support for special education.

Senator Rob Clements proposed legislation to create the Education Future Fund, which allocates $1 billion of state general funds during the 2023-2024 biennium and $250 million each year afterward for the purposes of:

The final proposal (LB 589), brought on behalf of the Governor by Senator Tom Briese, creates a three percent cap on property tax revenue that a school district receives. It is a soft cap that can be overridden by 75 percent of voting school board members or the approval of 60 percent of the district’s registered voters, should there be a need.