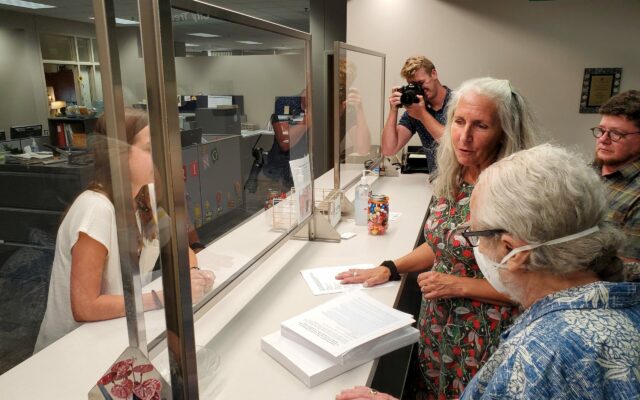 Lincoln, NE (June 22, 2022) You might be voting on the proposed Fairness Ordinance after all.

The Lincoln City Council decided a little over a week ago to rescind the ordinance instead of placing it before voters, fearing there would be too much opposition. A petition drive launched by the Nebraska Family Alliance forced the Council to either rescind or place the measure on the ballot.  The proposed addition to the City Charter would prohibit discrimination against individuals because of the military or veteran status, disability, race, national origin, marital status, or sex, including sexual preference and gender identification.

“When we get this to the ballot in November, overwhelmingly Lincoln will vote to affirm anti-discrimination language in Title 11 City Code.  Because, that’s who we are”.

Spokesperson Kay Siebler says nine thousand valid signatures are needed by August 1st in order to make the measure eligible to be placed on the November General Election ballot. The group’s website, www.letlincolnvotedot com, will list places that petition circulators will be each day.

Siebler thinks Lincoln is “not divided” on the issues of fairness and anti-discrimination.  She’s also not concerned about confusion among voters after the Council declined to place the issue on the ballot.

Siebler declined to say how many petition circulators have signed up so far, but said she is confident they will have enough.  She added, however, that anyone willing to serve as a petition circulator can sign up on the group’s website.