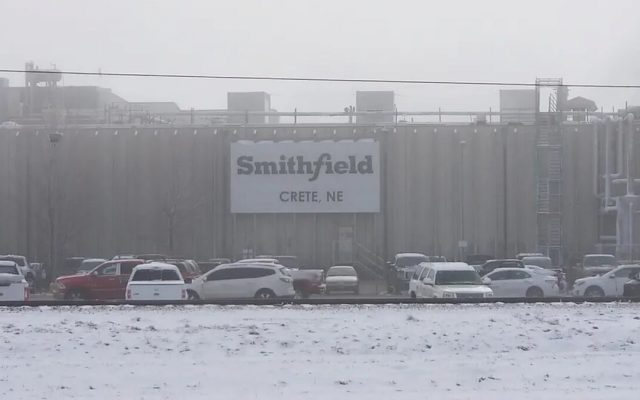 Lincoln, NE (April 1, 2021) People For The Ethical Treatment For Animals (PETA) quotes U.S. Department of Agriculture documents in revealing that, over a two-day period, 91 pigs froze to death on trucks while exposed to temperatures as low as minus 27 degrees at the Smithfield Foods plant in Crete.  The animal rights group sent a letter today to Saline County Sheriff Alan Moore requesting a criminal probe and charges under Nebraska’s Livestock Animal Welfare Act.

The USDA investigated the facility after receiving a letter from PETA, and agency officials found that every pen inside the barn in which animals are left before slaughter contained pigs who sustained frostbite lesions as large as a foot in diameter.

“If anyone left dogs to freeze to death, they would face multiple felony charges of cruelty to animals, and pigs suffer the same way and are also protected by law,” says PETA Senior Vice President Daphna Nachminovitch. “PETA is calling for a criminal investigation into the horrific fates of the pigs at Smithfield, as pigs have the same capacity for suffering as the animals we share our homes with.”

Gov. Ricketts To Get His First Coronavirus Vaccination Shot On Saturday