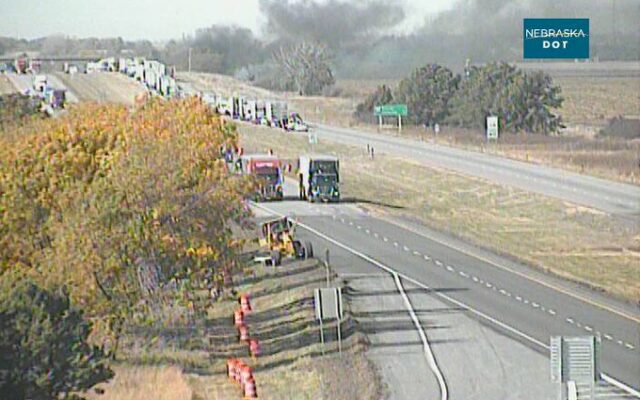 OCTOBER 20, 2021 (LINCOLN, NEB.)  — The Nebraska State Patrol has released additional details on a multi-fatality crash that occurred Tuesday on Interstate 80 near Goehner, about 30 miles west of Lincoln.

At approximately 11:15 a.m. Tuesday, NSP was alerted to a two-vehicle crash in the westbound lanes. Upon arrival, troopers and Seward County deputies located two semis fully engulfed in flames.

No other vehicles were involved in the crash. Interstate 80 was closed for westbound traffic for approximately six hours. The investigation remains ongoing.