Offutt Air Force Base Named a Finalist for SPACECOM Headquarters 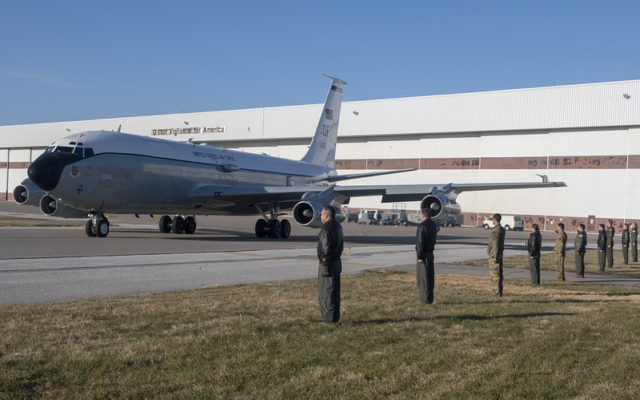 Washington, D.C. (November 19, 2020)  Offutt Air Force Base, in Bellevue, has been named one of the six finalists to host the new U.S. Space Command Headquarters.  Already host of the U.S. Strategic Command, Offutt will compete with five other bases to become the headquarters of the newest wing of the U.S. Military.

“It is premature to know if Offutt will be ultimately chosen, but the consideration alone shows how important Offutt now is to our nation and the world,” Fortenberry said.

Nebraska U.S. Senator Deb Fischer, a member of the Senate Armed Services Committee, released the following statement after the selection was announced:

“It is a credit to the hard work and professionalism of the men and women at Offutt Air Force Base that they have been selected as one of the Air Force’s six finalists for SPACECOM’s headquarters. Offutt is a strong candidate, and the support it receives from the surrounding community is unmatched. I look forward to continuing to work with Air Force leadership and advocating on the base’s behalf.”

“Today’s announcement is exciting news for the City of Bellevue and for all of Nebraska,” said Governor Pete Ricketts.  “Our state gives tremendous support to military families.  There’s no better relationship anywhere in the nation than between the community of Bellevue and Offutt AFB.  Nebraskans would be honored to have USSPACECOM headquartered in Bellevue. ”

President Trump established the U.S. Space Command in August 2019.  As one of eleven Unified Combat Commands, USSPACECOM conducts operations to compete, deter, and win in the space domain.

A final decision on the location of the headquarters is expected in early 2021.

Space Command is responsible for all U.S. Combat operations and preparations more than 100 kilometers above the earth.  It is currently headquartered at Peterson Air Force Base in Colorado.