NSP Arrest 45 Drivers For DUI As Part Of Enforcement Campaign

Troopers with the Nebraska State Patrol have removed 45 impaired drivers from Nebraska roads during the first ten days of the holiday season’s “Drive Sober or Get Pulled Over” campaign.

“Those 45 arrests for drunk driving could very well have prevented a tragedy,” said Colonel John Bolduc, Superintendent of the Nebraska State Patrol. “While our troopers are working diligently to keep Nebraska roads safe throughout the holidays, motorists should do their part as well by driving sober.”

Troopers, deputies, officers, and dispatchers from dozens of agencies across Nebraska are teaming up for the annual “Drive Sober or Get Pulled Over” enforcement effort, which began on December 13 and runs through January 1. Approximately 33 percent of fatality crashes on Nebraska roads in 2019 have involved alcohol.

“There are numerous ways to get home safely if you’ve been drinking,” said Colonel Bolduc. “Take advantage of services such as AAA’s Tow-To-Go program, call a cab, use a ride-sharing app, or designate a driver.” 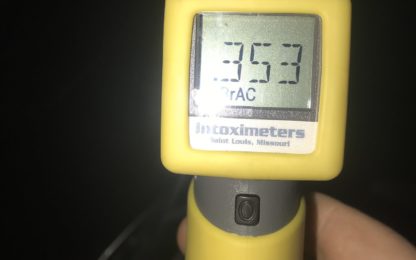