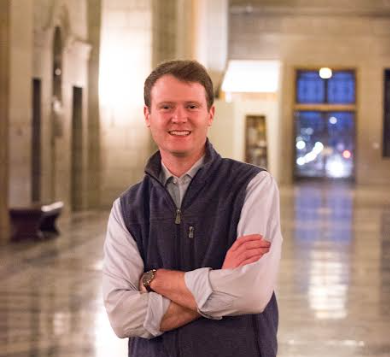 “Beau will be a great advocate for LD 21. He has been knocking on doors of constituents since he was 12 years old when his grandfather ran for Legislature,” said Governor-elect Pillen. “He will fight to cut government spending, provide transformative property tax relief, and protect our commonsense, conservative values. Beau is a small business owner who understands the grit, determination, and attention to details it takes to be successful. He will work hard for the people of District 21 and the State of Nebraska.”

“Governor-elect Pillen has selected a driven, conservative leader to serve District 21,” said Governor Ricketts. “Beau’s years of experience as a legislative aid to Senator Hilgers equip him with the knowledge of what matters to the Nebraskans he’ll represent.”

Ballard is the owner and founder of two small businesses, BJB Strategies and the Rabbit Hole Bakery. Previously, he served five years as a Legislative Aide to Speaker Mike Hilgers. In 2021, Ballard won the Lincoln Independent Business Association’s Young Business Leader of the Year award. He received a Bachelor of Arts in Business from Colorado Christian University and a Master of Business Administration from the University of Nebraska-Lincoln.