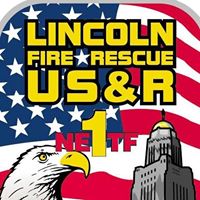 (KFOR News Lincoln NE August 28, 2021) Nebraska Task Force 1, the urban search and rescue team based with Lincoln Fire and Rescue has been activated for deployment to Alexandria, Louisiana in anticipation of Hurricane Ida. The team departed Lincoln Friday evening and includes 40 firefighters from LFR, the Omaha Fire Department, and civilian members including dog handlers and structural engineers.  The storm is expected to bring winds as high as 140 mph when it slams ashore late Sunday. A combination of voluntary and mandatory evacuations have been called for cities and communities across the region including New Orleans, where the mayor ordered a mandatory evacuation for areas outside the city’s levee system and a voluntary evacuation for residents inside the levee system. But since the storm quickly escalated in intensity, Mayor LaToya Cantrell said it wasn’t possible to order a mandatory evacuation of the entire city.