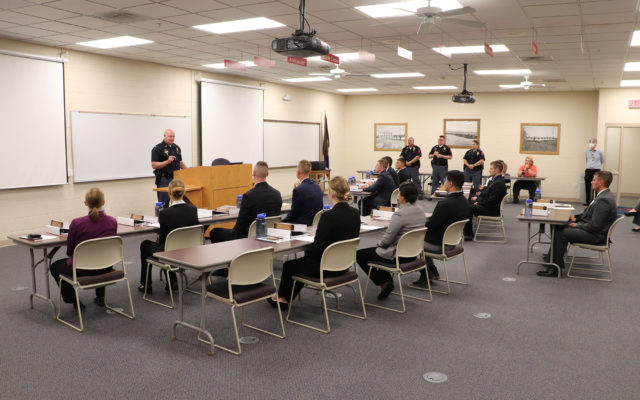 “This is a milestone day in the lives of these 17 recruits,” said Colonel John Bolduc, Superintendent of the Nebraska State Patrol. “Their integrity and commitment to service has brought them to this important day, as they begin training to become a state trooper.”

The recruits of Camp 65 are:

“These recruits have demonstrated their motivation to serve the public,” said Captain Greg Miller, NSP Director of Training. “Over the next six months, these recruits will go through intense training to equip them with the knowledge, skills, and abilities necessary to serve.”

The recruits of Camp 65 will complete 22 weeks of training before graduating on December 17, 2021. The training will include hundreds of hours of classroom instruction and advanced, hands-on scenarios to prepare the recruits for a career as a Nebraska State Trooper.

NSP is currently accepting applications for the next camp, Camp 66, which is scheduled to start in January 2022. To apply, visit the Become A Trooper page on the NSP website.