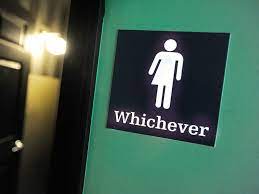 (KFOR NEWS  November 5, 2021)  The Board of Trustees for the Nebraska State College System, which governs Chadron State, Peru State, and Wayne State, is scheduled to vote on gender identity policies during its November 11th board meeting.  The policy reportedly would require the usage of preferred pronouns and allow biological men in women’s bathrooms, locker rooms, and private spaces.

Nebraska State College Chancellor, Paul Turman, told the Lincoln Journal Star, “We have a mission of inclusion, of creating an environment where students can come and feel safe.  “(Transgender students) have every right, along with these other protected classes of individuals, to be in an environment where they feel comfortable.”

The Nebraska Family Alliance says the proposed revisions to Board Policy 5007 and New Board Policy 5012 raise many of the same issues from the Nebraska Department of Education’s proposed health education standards and must be opposed.  On the NFA’s website, the organization posts, “Nebraska’s state colleges can continue to be a safe and welcoming place for all people without advancing ideologically driven policies that infringe on 1st Amendment rights and the privacy and safety of women.”

Governor Ricketts released the following states:  “It’s very concerning to see that the Nebraska State College System is considering bringing such harmful and divisive policies to their campuses.  The policy under consideration would guarantee men access to women’s bathrooms, and would violate the First Amendment rights of folks on campus.  I strongly urge the Board of Trustees to vote to reject these policy changes at their upcoming meeting.”

To learn more about policies under consideration, information is available from the Nebraska Family Alliance by clicking here.

Contact information for the NSCS Board of Trustees can be found by clicking here.