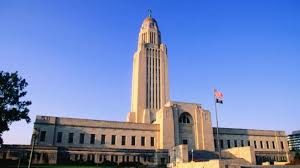 (KFOR NEWS  January 26, 2022)   (AP) – A proposal to speed up the implementation of a tax cut for Social Security recipients has cleared a key hurdle in the Nebraska Legislature.

Lawmakers voted, 42-0, Tuesday to advance the bill through the first of three required votes.  The measure would phase out Nebraska’s tax on Social Security income by 2025.  Lawmakers approved the exemption last year, but adopted a slower phase-in that would eliminate it by 2030.

The faster phase-out was proposed after the state collected far more tax revenue than expected, leaving Nebraska with a general fund surplus of $412 million.

Some lawmakers have questioned whether it’s prudent to rely on state revenues that have surged recently, arguing that tax collections were bolstered by federal pandemic stimulus payments into the economy.