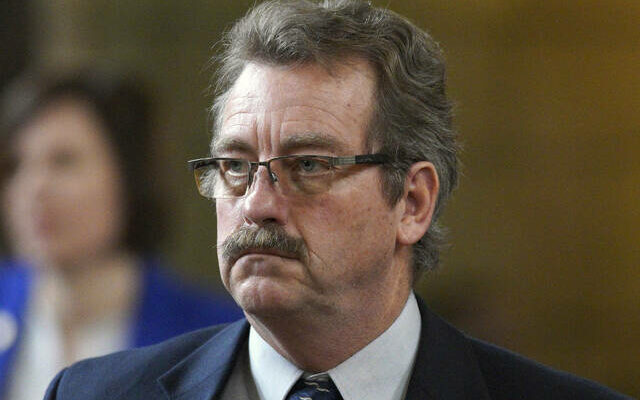 (KFOR NEWS  March 29, 2022)   (AP) – A Nebraska state lawmaker has apologized after he publicly cited a persistent but debunked rumor alleging that schools are placing litter boxes in school bathrooms to accommodate children who self-identify as cats.

Sen. Bruce Bostelman, a conservative Republican from Brainard, repeated the false claim during a public, televised debate on a bill intended to help school children who have behavioral problems.

His comments quickly went viral, with one Twitter video garnering more than 300,000 views as of Monday afternoon, and drew an onslaught of online criticism and ridicule.

Hours after his remarks, Bostelman backtracked and acknowledged that the story wasn’t true.