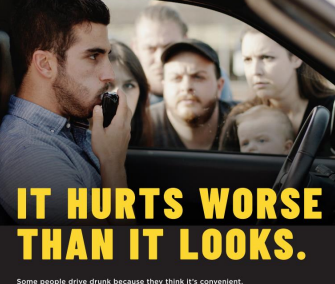 Nearly 100 Nebraska law enforcement officers, highway safety professionals and legal experts will be attending an all-day summit on November 3 in Lincoln to learn more about the effects that drugs have on drivers.  Prescription and illegal drugs, to include marijuana, in addition to alcohol all have negative effects on a driver’s ability to safely operate a motor vehicle.

Sponsored by the Nebraska Department of Transportation (NDOT) Highway Safety Office, AAA Nebraska and Nebraska Trucking Association, this event is meant to increase the awareness of the
growing issue of impaired driving that goes beyond alcohol consumption. Bill Schammert from 10/11 News will emcee the event as attendees hear from a number of speakers to include a victim advocate on how impaired driving affects the lives of others, speakers from Colorado where marijuana has been legal since 2012, as well as law enforcement, legal prosecutors and drug rehabilitation counselors.

It is never okay to drive while impaired. Even if you’ve had only one drink, medication prescribed by your doctor or any other drug, Get A Ride. A DUI costs more than you think.