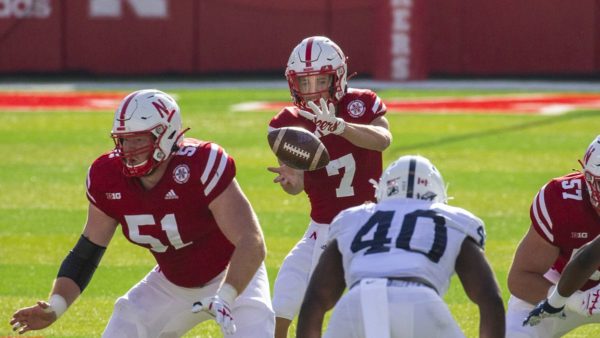 Despite leading by as many as 21 points, the Huskers had to hang on for their first win of the season on Saturday. Penn State trimmed Nebraska’s lead to 7 points in the fourth quarter and had a chance to tie the game in the final minute. Ben Stille forced PSU quarterback Will Levis to throw an errant pass on the Nittany Lions’ final play, which immediately sparked celebration on the Huskers’ sideline.

Our media partner 10/11 reported on the Huskers first win of the season. Redshirt freshman Luke McCaffrey had a pair of touchdowns during his first collegiate start. McCaffrey had a 1-yard QB sneak to open the game’s scoring, along with a 45-yard TD pass to Xavier Betts. Connor Culp had three field goals for the Huskers (1-2).

McCaffrey finished with 13 completions on 21 pass attempts for 152 yards. The young quarterback also rushed for a team-high 67 yards. Adrian Martinez, who had started the previous 3 games of the 2020 season, did not play. Marquel Dismuke recorded a team-high 15 tackles for the Blackshirts. Nebraska’s defense had a pair of goal line stops in the fourth quarter.

Penn State quarterback Will Levis passed for 219 yards, while rushing for 61 yards. Levis replaced PSU starting QB Sean Clifford midway through the game. With the loss, the Nittany Lions drop to 0-4 on the season.

Nebraska next plays Illinois at Memorial Stadium on November 21st.