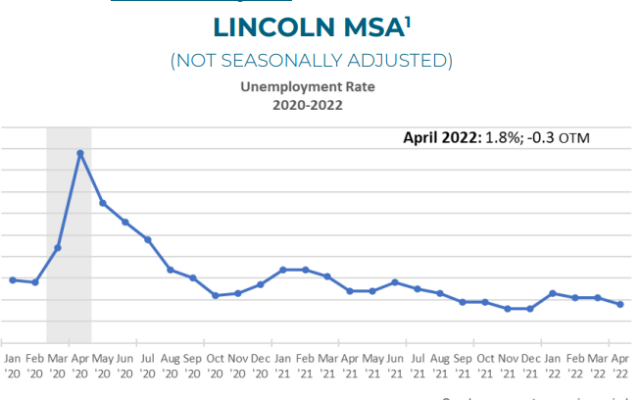 LINCOLN – Today, the Bureau of Labor Statistics reported that Nebraska’s preliminary employment for April 2022 reached an all-time high of 1,040,325.  This means nearly 22,000 more Nebraskans are working now than prior to the pandemic (February 2020).  Additionally, Nebraska’s unemployment rate is at 1.9%.  That’s tied for the lowest rate ever achieved by any state.

“We saw record-setting State revenues and our highest-ever employment in April,” said Governor Pete Ricketts.  “These strong signs of growth reflect the creation of plentiful great-paying jobs for Nebraskans.  There’s never been a better time to be a graduate looking to start a career in the Good Life.”