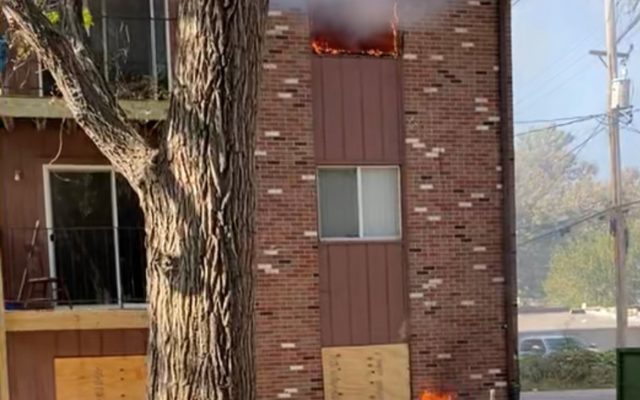 Lincoln, NE (October 13, 2021)  At 1:10 pm on Tuesday, Lincoln Fire & Rescue Units were called to a fire at 1020 Washington. When they arrived, they saw heavy fire coming from a 2nd story bedroom window of the two-story 12-plex apartment building.

Due to the size of the complex, the fire was made a 2nd alarm. Fire crews were able to find and extinguish the fire shortly after arrival. Fire had made its way into the living room area and up into the attic of the fire apartment.

All residents had evacuated safely by the time fire fighters arrived. Smoke detectors were working and were heard  in the building. No injuries reported.