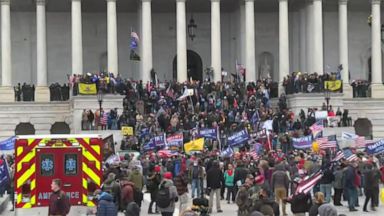 Ben Sasse:   “Today, the United States Capitol — the world’s greatest symbol of self-government — was ransacked while the leader of the free world cowered behind his keyboard — tweeting against his Vice President for fulfilling the duties of his oath to the Constitution.”  “Lies have consequences. This violence was the inevitable and ugly outcome of the President’s addiction to constantly stoking division.”  “Americans are better than this: Americans aren’t nihilists. Americans aren’t arsonists. Americans aren’t French revolutionaries taking to the barricades.”  “This is not how we peacefully transfer power. The American people are tough, our Constitutional order is strong, and we will meet this moment with strength and grace.”

Deb Fischer:  “These rioters have no constitutional right to harm law enforcement and storm our Capitol. We are a nation of laws, not some banana republic. This must end now.