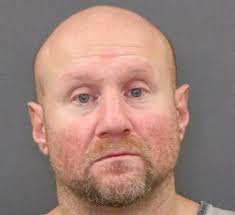 (KFOR NEWS  January 11, 2021)   Troopers with the Nebraska State Patrol arrested a California man and recovered a missing juvenile from Illinois.

Just after 9am Friday, NSP received information regarding a vehicle believed to be driven by a subject being sought by Illinois authorities.  The subject was believed to be traveling with a 15-year-old female, for whom an endangered missing advisory was issued in Illinois on Thursday.  About 15 minutes later, a trooper located the vehicle, a Toyota Corolla, at the westbound I-80 rest area near York.

The driver, 42 year old, Chandler Saso of Yuba City, California, was located and arrested on an active warrant from Illinois.  The juvenile was located and placed into protective care.

Saso was taken to Hall County Jail for the arrest warrant from Illinois.  Additional charges from York County are pending.