NE Taxes Collected In February Nearly Double What Was Expected 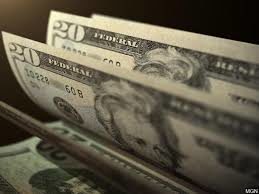 (KFOR NEWS  March 16, 2021)  (AP)   Nebraska state tax collections soared far above projections in February, but the numbers are likely to come back down in the next few months.

A department spokeswoman says part of the reason for the increase was the Internal Revenue Service’s tax season beginning later than usual, which led to a lower-than-usual number of refunds issued in February.