NE Sec. of State Promotes Nebraska to Dignitaries from 62 Embassies 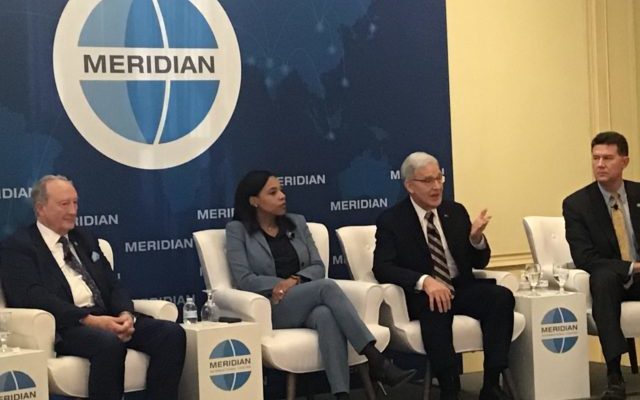 “I am always eager to promote Nebraska’s industry and speak about Nebraska’s secure elections.”  Secretary Evnen said, “This was a great opportunity to reach out globally during a rare gathering of ambassadors and other dignitaries from 62 countries.”  Meridian International is Washington D.C. based diplomatic global institution that strengthens U.S. engagement with the world and global leadership in the areas of trade, culture, and education.

Secretary Evnen serves as Chief Election and Chief Protocol officer in the State of Nebraska. Working with election officials in the state’s 93 counties, the elections division oversees election law, the conduct of elections in the state, election tabulation equipment and the state voter registration system.

As Nebraska’s chief protocol officer for international relations, Secretary Evnen promotes commerce, educational studies and cultural exchanges between Nebraska and the world. The office’s goal is to develop contacts and expertise that connects Nebraska with the international community.

To learn more about the office of Secretary of State visit the website https://sos.nebraska.gov