NE Among States With at Least 70% ICU Use 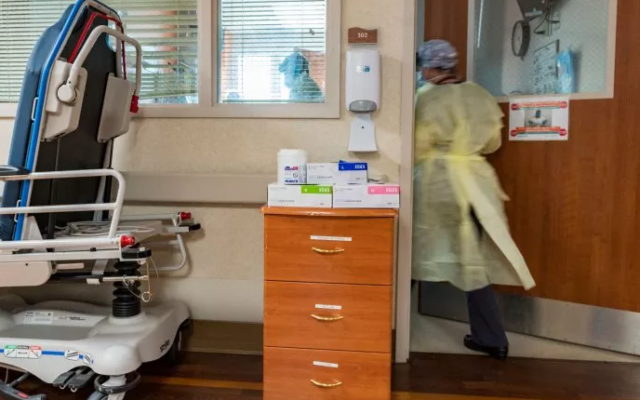 (KFOR NEWS  December 7, 2021)   Nebraska is in the majority when it comes to at least 70% use of Intensive Care Units for people being treated with COVID-19.

According to data from the U.S. Department of Health and Human Services (HHS) only Connecticut, Hawaii, New Jersey, South Dakota and Wyoming have less than 70% of ICU beds in use, as of Monday morning.   A map tracking ICU bed utilization across the U.S. shows that the rest of the U.S., except for those five states, have 70 percent or more ICU beds currently in use.  Rhode Island and New Mexico currently have the highest percentage of ICU beds in use, with 92 percent and 90 percent, respectively.

At least nine states have 30% or more ICU beds in use for COVID-19 patients.  New Mexico currently has the highest percentage with 45%, followed by New Hampshire with 42%.  The other states include Colorado, Maine, Michigan, Minnesota, Nebraska, North Dakota and West Virginia.

Data from Johns Hopkins University shows that states such as Vermont, Iowa, Rhode Island, West Virginia and Kansas are all seeing a spike in COVID-19 cases.

The Omicron variant was first detected in South Africa and health officials are still working to determine the severity of the variant compared to others. During a recent appearance on CNN‘s State of the Union, Dr. Anthony Fauci, the nation’s leading infectious disease expert said that early reports on the variant suggest that there is not “great degree of severity to it.”