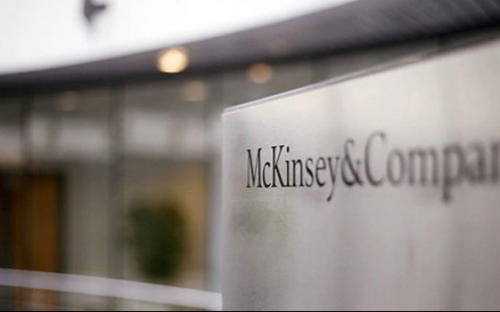 (KFOR NEWS  February 4, 2021)   Nebraska Attorney General Doug Peterson has joined a coalition of attorneys general from 47 states, the District of Columbia and five U.S. territories in a $573 million settlement with one of the world’s largest consulting firms, McKinsey & Company, resolving investigations into the company’s role in working for opioid companies, helping those companies promote their drugs, and profiting from the opioid epidemic.

The settlement, after payment of costs, will be used to abate problems caused by opioids in the participating states. Nebraska will receive $2,590,561.60 over the next five years from the multistate settlement. This is the first multistate opioid settlement to result in substantial payment to the states to address the epidemic. In 2020, the Nebraska Legislature enacted the Opioid Prevention and Treatment Act which included the creation of the Nebraska Opioid Recovery Fund.  This law requires all settlement monies from any opioid-related defendants, such as McKinsey, received on behalf of the state of Nebraska by the Attorney General to be deposited in the Opioid Recovery Fund and expended for treatment, prevention, and law enforcement purposes to abate the opioid problem across the entirety of Nebraska.

In addition to providing funds to address the crisis, the agreement calls for McKinsey to prepare tens of thousands of its internal documents detailing its work for Purdue Pharma and other opioid companies for public disclosure online. When states began to sue Purdue’s directors for their implementation of McKinsey’s marketing schemes, McKinsey partners began emailing about deleting documents and emails related to their work for Purdue.

“Today’s filing is a significant action towards Nebraska’s effort to combat the opioid epidemic and to hold accountable those who are responsible for creating and perpetuating the crisis,” stated Attorney General Peterson.

The filings describe how McKinsey contributed to the opioid crisis by promoting marketing schemes and consulting services to opioid manufacturers, including OxyContin maker Purdue Pharma, for over a decade. The complaint, filed with the settlement, details how McKinsey advised Purdue on how to maximize profits from its opioid products, including targeting high-volume opioid prescribers, using specific messaging to get physicians to prescribe more OxyContin to more patients, and circumventing pharmacy restrictions in order to deliver high-dose prescriptions.