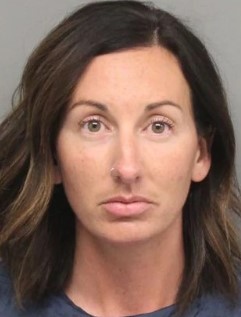 (KFOR NEWS  April 14, 2022)   32 year old, Nikki Peterson, a unit administrator at the Community Corrections Center – Lincoln (CCC-L), was arrested Wednesday by the Nebraska State Patrol for unauthorized communication with a committed offender and sexual abuse of an inmate. Both are felony offenses.

Peterson has been employed by the Nebraska Department of Correctional Services (NDCS) since November 17, 2008.  In addition to CCC-L, she has also worked at the former Diagnostic & Evaluation Center (DEC) and Central Office. Peterson resigned her position with NDCS.

Our partner, 10/11 NOW, reports this is the second time in 2022 that a female NDCS worker has been arrested and accused of sexual abuse of an inmate.  Sarah Torsiello, a former assistant warden, was arrested in January.