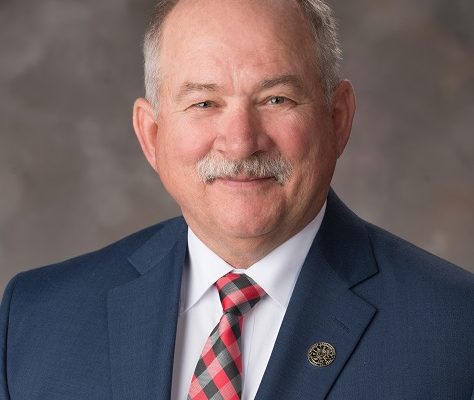 Lincoln, NE (February 12, 2021) Regent Paul Kenney of Amherst, representing District 6 on the University of Nebraska Board of Regents, today assumed the role of chair of the Board for 2021 after serving as vice chair in 2020.

Regent Bob Phares of North Platte, representing District 7, was elected vice chair of the Board. He will become chair in 2022 in accordance with Board policy.

Kenney is an agri-businessman, farmer and rancher whose operation has been in his family for more than 100 years. He is a graduate of the University of Nebraska-Lincoln, where he studied agricultural economics. He has served on the Amherst Public Schools board, is a former president of the Kearney Area Ag Producers Alliance, and is a past board member of the Kearney Area Chamber of Commerce. He also was president of the Nebraska Agricultural Youth Institute and has been honored as Farmer of the Year by the Kearney Kiwanis service club.

Kenney and his wife, Angie, have four sons and six grandchildren.

Phares is president and owner of Phares Financial Services Inc., a financial planning and services firm in North Platte. He was appointed to the Board of Regents in 2006, elected in 2010 and served as chairman in 2010 and 2015.