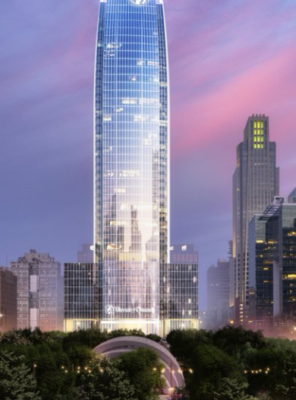 (KFOR NEWS  January 27, 2022)   (AP) – Mutual of Omaha and the city of Omaha say the insurance giant plans to build a skyscraper at the site of current downtown public library.

The announcement Wednesday comes even as the city’s plan to tear down the library and move it to another, less-desirable location has drawn public scorn.  Mayor Jean Stothert said Wednesday at a news conference that the city plans to have the W. Dale Clark Library out of its current building by September and have the building torn down by December, making way for what’s conceived as a 40- to 50-story, glass-fronted tower that would serve as the new headquarters for Mutual of Omaha.