Multi-Vehicle Crash Leads to Fatality on I-80 Near Ashland 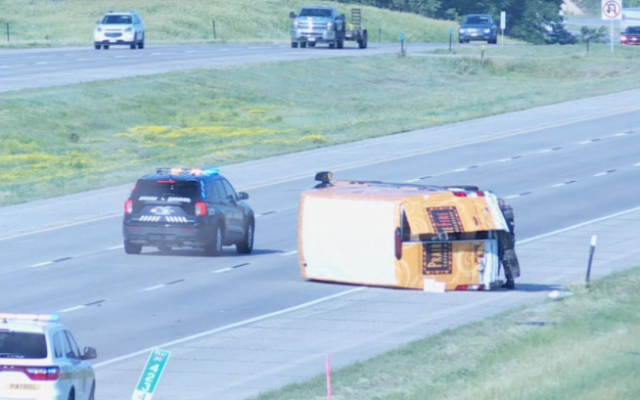 JUNE 17, 2021 (OMAHA, NEB.)  — The Nebraska State Patrol is investigating a fatality crash that occurred at approximately 6:40 a.m. Thursday on Interstate 80 between Lincoln and Omaha.

After preliminary investigation, troopers believe the crash occurred near mile marker 423, when a westbound semi-truck/tanker trailer attempted to pass a motorcycle. The semi made contact with another semi-truck/trailer that was also westbound, pushing that semi into the left lane, colliding with a van. The first semi then over-corrected and struck the motorcycle and rider.

The motorcycle rider, Patrick Cunningham, 54, of South Bend, was pronounced deceased at the scene. No other injuries were reported by anyone involved.

The crash remains under investigation. NSP was assisted by the Cass County Sheriff’s Office. Interstate 80 was closed in the area for westbound traffic for approximately six hours.