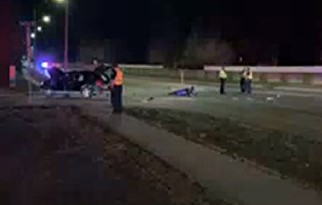 (KFOR NEWS  March 5, 2021)  The motorcyclist killed Wednesday night at the intersection of South 27th and Tierra Drive has been identified as 19-year-old, Simon Blair of Lincoln.

Police say an SUV was turning to go eastbound on Tierra, when Blair’s northbound motorcycle crashed into the back passenger side of the SUV.  LFR transported Blair to an area hospital, where he later died.

According to LPD, officers interviewed the driver of the SUV, an 18-year-old female, as well as the passengers and witnesses.

A crash report says the driver made the turn because she did not see Blair coming down the street on his motorcycle. It was only once she was in the middle of making the turn did she see Blair.

Charges stemming from the incident are still unknown at this time.