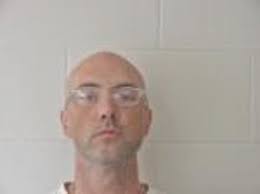 (KFOR NEWS  October 7, 2022)   An inmate who went missing from the Community Corrections Center – Omaha (CCC-O) is in custody at the Douglas County Department of Corrections.

Matthew Hurich was arrested by Douglas County Sheriff’s officials on Wednesday, September 28th.  He disappeared September 22nd when he left the facility with Clifford Brown, who turned himself into the Omaha Police Department on September 26th.

Hurich started his sentence on April 28, 2014.  He was sentenced to 11 years and eight months to 30 years on charges out of Lancaster County that include robbery and terroristic threats.  Hurich has a parole eligibility date of April 10, 2024 and a tentative release date of June 9, 2033.