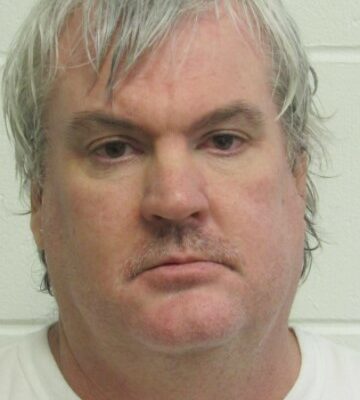 (KFOR NEWS  March 21, 2022)   An inmate who went missing last month from the Community Corrections Center – Lincoln (CCC-L) has been arrested in Scottsbluff.

Scottsbluff police arrested  John Nereson on Thursday, March 17th while investigating a report of someone living near a storage center.

Nereson disappeared on February 24, 2022 after leaving CCC-L and walking toward a bus stop. His sentence started on February 18, 2020. Nereson was sentenced to eight years to 12 years on multiple charges out of Scotts Bluff County that include assault on an officer using a motor vehicle, operating a motor vehicle to avoid arrest, use of deadly weapon to commit a felony, fifth offense driving under the influence and driving while on a revoked license. He has a tentative release date of June 26, 2025 and a parole eligibility date of June 26, 2023.