Military Able To Determine How Much Caffeine Soldiers Need 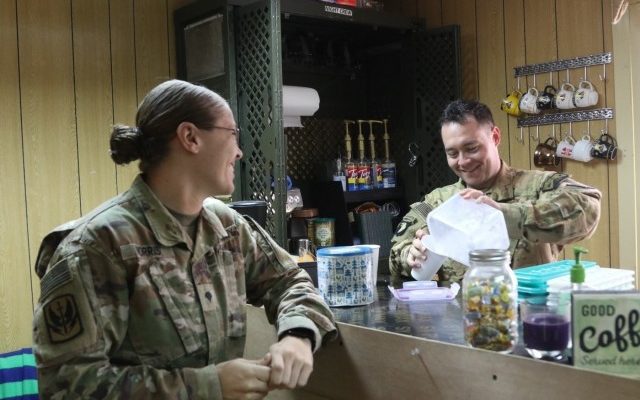 U.S. Army researchers have developed an online tool that suggests how much coffee you should really drink to stay awake. The algorithm is not only meant to help you become more aware of how much caffeine you’re drinking but can also help reduce your coffee consumption.

For the study, which was published in the trade magazine “Sleep”, participants underwent several sleep deprivation and shift work scenarios. Researchers observed how their lack of sleep affected alertness and performance and how much caffeine influenced this. In some cases, study participants had to stay awake for up to 60 hours and their regular sleeping time was severely shortened. The research team then developed the Open Access tool 2B-Alert Web 2.0 based on these results.

The research paper ultimately revealed that the algorithm-based tool can help reduce caffeine consumption by 40 percent and increase alertness by 40 percent. “Our 2B Alert Web tool allows a person […] to optimize the beneficial effects of caffeine while minimizing consumption,” says Jaques Reifman of the U.S. Army Medical Research and Development Command, one of the authors of the study.

Most people are not usually exposed to such unnatural sleeping patterns and a bad night’s sleep can always be cured with some rest the following day. But this particular study was aimed at a different target group: it was conducted with U.S. soldiers, whose job, more often than not, requires them to perform their best on little sleep. It also targets those who do shift work, such as nurses who also have to be alert and focused at all hours. It is in these scenarios that cup of coffee can go a long way.

The Open Access tool allows you to select individual factors to help calculate the exact right amount of coffee for you, including what time of day you need to be awake and alert for. But to really get the most from the tool, the researchers advise eating the right amount at the right time too.

“For example, if you take someone who’s been awake all night but needs to be as alert as possible between 9:00 and 17:00 and needs to consume as little caffeine as possible — when and how much caffeine should they consume?” asks Reifman. “This is the kind of question 2B-Alert is meant to answer.”

As an Open Access tool, 2B-Alert is available to the public too — you just need to register using your email address.