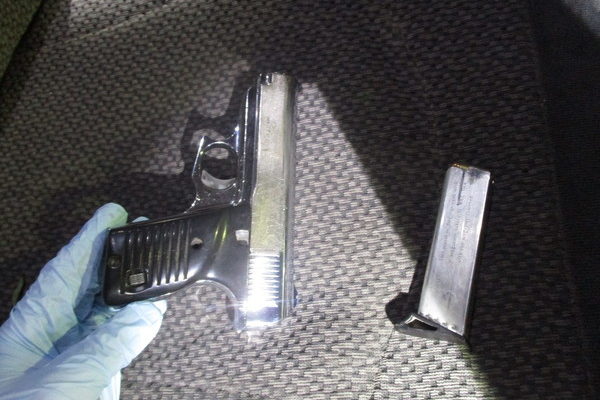 LINCOLN–(KFOR Sept. 1)–Lincoln Police arrested a 28-year-old man, who was wanted on an outstanding warrant for driving during suspension, after drugs and a loaded gun were found in a truck late Monday night in the parking lot of Kwik Shop off of 14th and Adams.

Investigators say an officer saw Pedro Castillo get into a truck and was starting to drive away, when the officer stopped him.  A search of the truck found 0.7 grams of suspected methamphetamine in Castillo’s wallet and a loaded .380 handgun was found concealed on the floorboard.

Castillo was arrested without incident for possession of a deadly weapon while committing a felony, possession of a controlled substance, carrying a concealed weapon and an outstanding warrant.