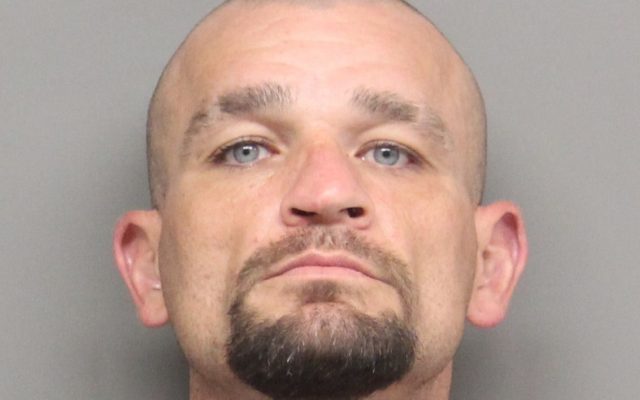 LINCOLN–(KFOR Sept. 22)–A 39-year-old man seen by Lincoln Police walking in the area of NW 12th and West Adams Street was arrested Tuesday evening, after they found out he was wanted on two out of county warrants for driving during suspension.

Travis Nyhoff was contacted by officers and took him into custody for his warrants.  Police say while they were searching Nyhoff, they found 149 grams of methamphetamine with an estimated street value around $13,000 in separate bags, plus a scale and $252 cash in backpack he was wearing.

Nyhoff was arrested for possession of methamphetamine with intent to deliver and possession of money while violating a drug law, along with the two outstanding warrants.