Man Jailed On Suspicion of Theft In Two Cases 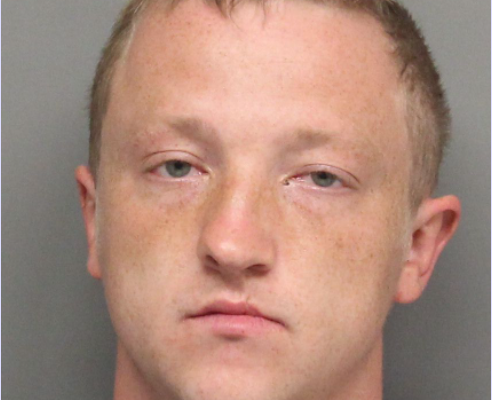 LINCOLN–(KFOR May 13)–A disturbance Thursday morning between a man and woman in the 4400 block of South 45th Street eventually leads Lincoln Police to arrest the man, after he was later identified in a burglary case.

Investigators say 26-year-old Skyler Hutchison had left the home before police showed up, but it was later determined the truck he left in was a pickup that was reported stolen out of Beatrice.  Hutchison later returned to the home and police later seized the truck, where officers found a blower and trimmer that had been stolen from a home in the 4200 block of Bingham Lane also on Thursday morning.

An ID taken from another vehicle in the same neighborhood was found on Hutchison.   He was arrested for theft by receiving stolen property.