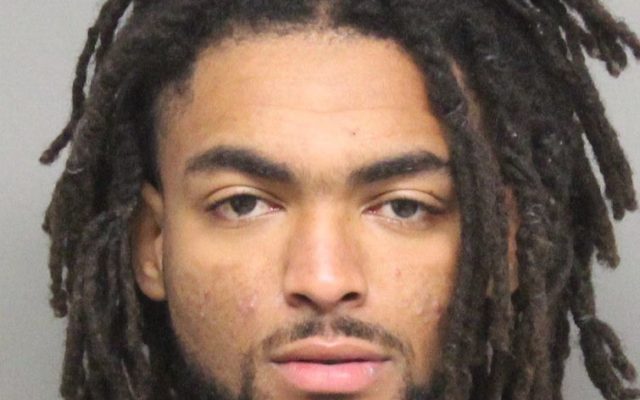 LINCOLN–(KFOR Nov. 11)–A 20-year-old man in jail for an unrelated robbery is now accused of being involved in an Oct. 10 hold up at the Kwik Shop off of 27th and “W,” Lincoln Police said on Wednesday.

Crime Stoppers posted video still shots of the Kwik Shop robbery and witnesses identified the suspect as Earl Hayes.  Police say on Oct. 16, the clerk reported that a man not wearing a mask came back into the store, asking other employees questions about the robbery.  It was a few days later the clerk found out through news accounts and saw a photo of the man arrested.

The photo was that of Hayes and the clerk told investigators he was the same man not wearing a mask that came back into the store and who was involved in the Oct. 10 robbery.

On Tuesday (Nov. 10), Hayes was contacted at the Lancaster County Jail and was arrested for robbery and use of a deadly weapon to commit a felony.