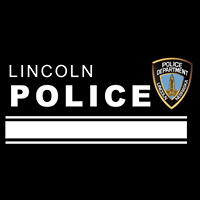 (KFOR NEWS  November 3, 2020)   An autopsy and internal investigation is underway after a 38 year old man died while in custody of Lincoln Police.

LPD Officer, Erin Spilker, says around 1pm Monday afternoon, Police got a call of a man stumbling through yards in the 600 block of South 35th Street.  Brandon Ziemelis was reported to have randomly entered a house in the 500 block of South 35th, walking into the basement and closing the door behind him.  Officer Spilker says the homeowner’s children got his attention as Ziemelis entered the house.

The homeowner told police Ziemelis had an object in his hand, similar to an ice scraper, an began swinging it at him.  The homewowner punched Ziemelis several time sin the face and held him down until police arrived.

As officers were handcuffing Ziemelis, be began suffering a medical episode.  Paramedics took Ziemelis to a hospital where he was pronounced dead.

Because Ziemelis was in police custody at the time he died, an internal investigation will be conducted.