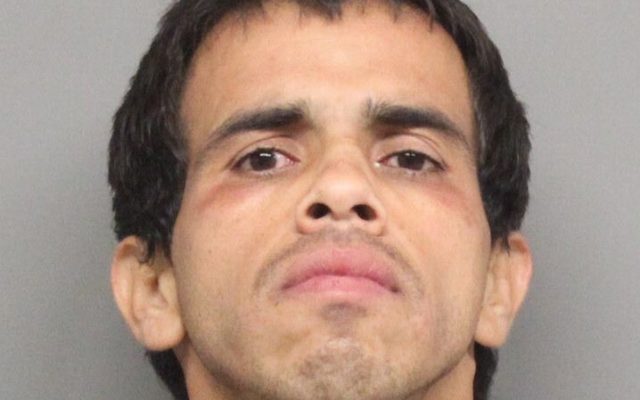 LINCOLN–(KFOR July 20)–Lincoln Police say a 30-year-old man is in jail, accused of terroristic threats and use of a weapon to commit a felony, when allegedly threatened a 48-year-old man with a knife.

This happened Monday morning outside of the State Office Building at 301 Centennial Mall, when the victim wouldn’t help in picking a bike lock. Officer Luke Bonkiewicz says Sergio Barajas pulled out a knife and started swinging at the victim, who yelled and told people he had a knife.   Barajas took off and dropped the knife that was later found in Centennial Mall and the victim chased after him.

Bonkiewicz says Barajas was found ten minutes later in the area of 18th and “M” and arrested.