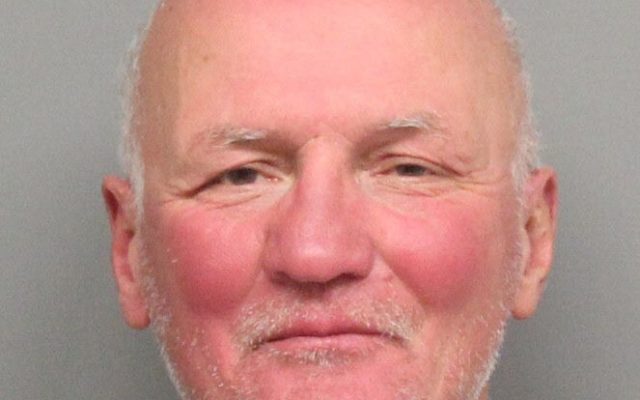 LINCOLN–(KFOR Oct. 30)–A 65-year-old man is in jail, accused of making racially charged statements and urinating on a city bus last Saturday (Oct. 24).

Lincoln Police on Friday told reporters that a 40-year-old woman driving for Star Tran indicated to investigators that after she drove her entire route, the man was still on the bus and he had been advised by her she couldn’t have him ride the bus without going to a destination.  She told police the man said he accidentally got on the wrong bus and needed to be returned to where he got on.  But the woman said the man could stay on board, while she stopped to take a break.

Police say the woman got off the bus and the man, later identified as Klayton Eammelli, started to urinate on the bus.  Once she got back on board, police say the woman told them the man started to make racially charged statements to himself while in the back of the bus.  The woman stopped the bus and told him to stop speaking that way or get off the bus.  He quit talking, but as he was about to get off the bus outside the Gold’s Building in downtown Lincoln, Eammelli started directing racial epithets toward the victim, then lunged and spit on her several times.

Police say the woman chased Eammelli off the bus.  After reviewing video and audio taken from the bus’ security system, police determined it was consistent with the bus driver’s account.  Then early Friday morning, police contacted Eammelli at the People’s City Mission, where he was taken to jail and arrested for spit or expectorate upon another person, urinating in public and hate intimidation.