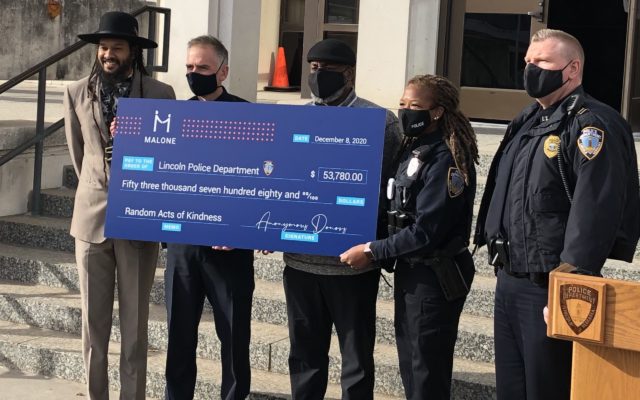 LINCOLN–(KFOR Dec. 8)–After what has been considered by many to be a very rough, strenuous year, the Malone Community Center and Lincoln Police are teaming up to giving away thousands of dollars to the community to bring up some holiday cheer.

The TRACE committee, which is sponsored by the Malone Center, partnered with anonymous donors in raising over $53,000 to help in giving back to the community and strengthen better relationships with Lincoln Police.  TRACE started from the hold cops accountable agreement this summer.

According to Malone Center spokesperson Ishma Valenti, the goal of the random acts of kindness is to serve in the area of 170 families with about $300 in each gift.  LPD Officer Chassity Jackson-Goodwin says officers can choose people at random, giving to people they know are in need.

“We’ll also be out on patrol with officers to go to random places throughout the city to just randomly present people with this cash,” Jackson-Goodwin added.

Chief Jeff Bliemeister added, “It’s an opportunity to engage in conversation. Engaging conversation in a non-enforcement setting about what’s going on and these individuals lives. How do they perceive the assistance that has been provided in the past by the Lincoln Police Department? What can we do better?”

LPD and the Malone Center have a goal of making this random acts of giving an annual event.