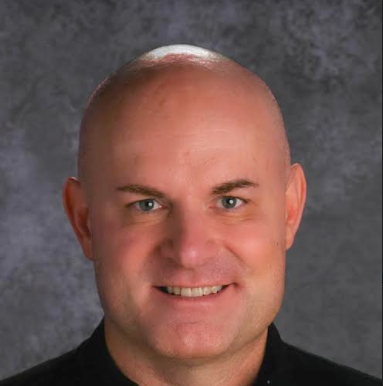 Lincoln, NE (March 8, 2022) J.J. Toczek has been chosen as the next director of athletics and activities for Lincoln Public Schools. He’ll take over for Kathi Wieskamp, who is retiring after 33 years with LPS and after serving in her current position for nine years.

Toczek is currently the director of athletics and activities at Lincoln Southeast High School, a position he has held for nine years, and recently was named 2022 District I AD of the Year by the Nebraska State Interscholastic Athletic Administrators Association. Prior to that he spent 10 years with Papillion-La Vista Community Schools, the majority as assistant director of athletics and activities. He also taught business courses and was the head volleyball coach.

Toczek’s history with LPS goes far beyond his current role at Southeast. He began his career in education as a P.E/health and business teacher at Mickle Middle School and as an English and business teacher at Irving Middle School. He also coached at both schools. He was an assistant volleyball coach at Lincoln Northeast High School and Southeast. Toczek began his coaching career at Grand Island Northwest High School, where he is a Distinguished Alumni Award Recipient and a member of the school’s athletic hall of fame.

LPS Associate Superintendent for General Administration and Governmental Relations John Neal said he was excited to have Toczek take on this new leadership role, citing the wealth of success and experience he has gained both inside and outside LPS.

“Immediately he faces some big challenges in bringing us out of the pandemic and starting up programs at two new high schools, while continuing the competitiveness of our existing schools,” Neal said, “but his previous work has demonstrated that he will provide strong, steady and thoughtful leadership that will provide students with the tools for incredible success.”