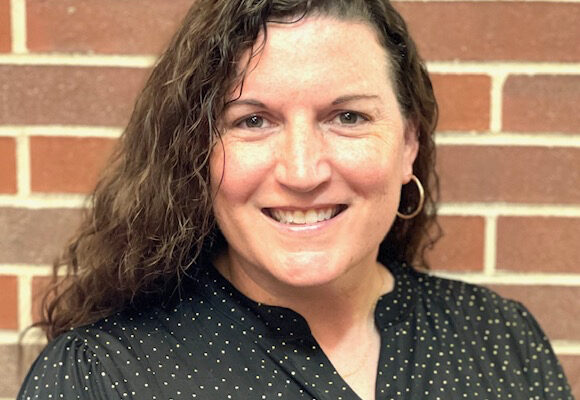 Lincoln, NE (March 29, 2022) Southeast High School Principal Tanner Penrod announced Tuesday that Kara Graham will be the next athletic director for Southeast High School. Graham currently serves as the associate director of athletics and activities, and will start her new duties on July 1, when current AD J.J. Toczek moves into the Lincoln Public Schools athletic and activities director position.

“Kara fully embraces the mindset that athletics is an extension of the classroom, focusing on the betterment of student-athletes as members of our community,” said Penrod. “She serves as a model for the Southeast community by prioritizing academic achievement, work ethic, fundamentals, and multi-sport participation. Kara will continue to build on the tradition of Southeast athletic excellence.”

Graham has dedicated over 20 years to Southeast High School. As a Southeast student-athlete from 1991-1995, she was a multi-sport athlete who participated in volleyball, basketball and track. She was a key player in the Knight’s Class A State Championships in 1993, 1994 and 1995.

As the Knight’s head basketball coach from 2011-2018, she led the team to a runner-up finish in 2012 and State Championship in 2013. She started teaching physical education at Southeast in 2006, but was the assistant basketball coach and volleyball coach starting in 2000 while she taught physical education at Belmont Elementary School. In 2018, she was named the associate director of athletics and activities. Graham was recently elected as the District 1 representative to the Nebraska School Activities Association Board of Directors.

The public is invited to Lincoln High School on Sunday, April 3, from 1-4 p.m. as staff and students will host an open house to celebrate the school’s 150th anniversary.

The open house will include student guided tours of the building, an art show in the media center, a video interview booth, and a look through the archives as curated by the media center. In addition, there will be brief remarks in the Ted Sorensen Theater from 1-1:15 p.m.