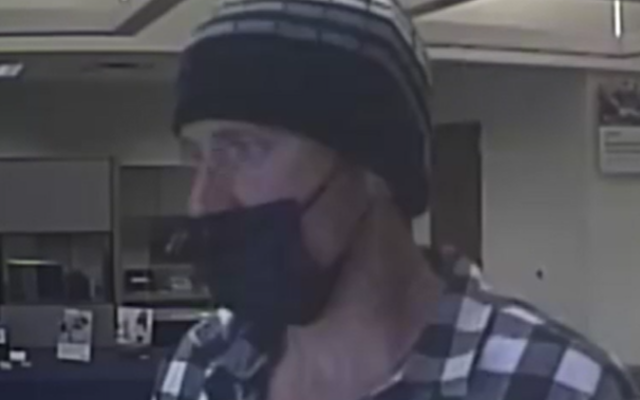 LINCOLN–(KFOR July 7)–Lincoln Police on Thursday morning released surveillance photos taken from inside the U.S. Bank at 27th and Ticonderoga in north Lincoln, where a robbery took place just after noon on Wednesday.

Captain Todd Kocian says a man walked in and said he needed to make a withdrawal when he handed the teller a note, demanding money.  He then left with an undisclosed amount of money, last seen walking westbound.

The suspect is described as a light-complexioned male in his 30s, about 6-feet to 6-foot-3 tall, 35 to 40 years old, wearing a black stocking cap with gray and white stripes on it, black COVID mask, black and white checker-patterned long-sleeved shirt with a white shirt underneath, and had tattoos on his left hand and chest.