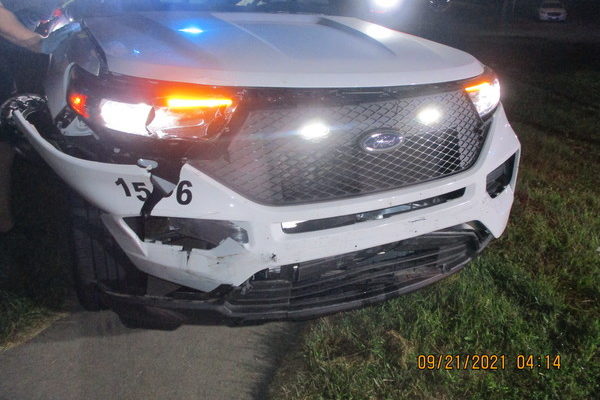 LINCOLN–(KFOR Sept. 21)–A police cruiser was rammed so hard early Tuesday morning in a northwest Lincoln neighborhood that air bags were deployed.

It happened just before 4am in the NW 7th and West Dawes Avenue area. Police say 61 year old Sammy Brown II then backed up and was preparing to ram the cruiser again when the officer got out. Brown’s attention was diverted to the officer, who managed to safely escape between houses, but the speeding car followed, damaging at least 3 privacy fences.

The car stopped about a half-a-block away, allowing officers to take 61 year old Sammy Brown II into custody. He was being treated at a Lincoln hospital before going off to jail.

The police officer was treated for minor injuries.