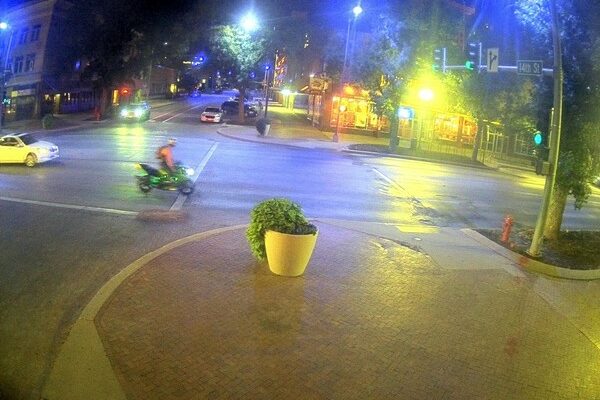 LINCOLN–(KFOR Aug. 11)–A Lincoln Police officer was hurt, after he was hit by a motorcycle that was being reckless in downtown Lincoln early Thursday morning.

Sgt. Chris Vollmer said officers saw a green racing-style motorcycle, with green under-glow lights, at 14th and “O” Streets that had been seen several times being reckless.  It was heading northbound on Centennial Mall along the west sidewalk between “P” and “Q” Streets.  At the same time, two LPD bike patrol officers were heading south on the same sidewalk.

Vollmer said the officer sustained injuries to his left hand, leg, and shoulder. Damage to the police bicycle estimated at $100.

This investigation is ongoing and anyone with information is encouraged to contact the Lincoln Police Department at 402-441-6000 or Crime Stoppers at 402-475-3600.