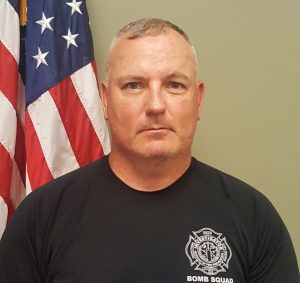 LINCOLN–(KFOR Jan. 5)–For about 25 years, Lincoln Fire Investigator Don Gross would one called upon to sift through charred remains to determine the cause of many Lincoln fires.

Inspector Gross passed away Tuesday morning at the age of 57. LFR held a moment of silence Tuesday night at its academy graduation ceremony. Cause of death is unknown at this time and an autopsy will be performed.

Before becoming an inspector, Gross started as a firefighter with LFR in 1991, before being promoted to fire apparatus operator in 1995. Gross became a fire inspector in 1997.

Services for Don Gross are pending.