Local Reaction To Verdict in Minneapolis 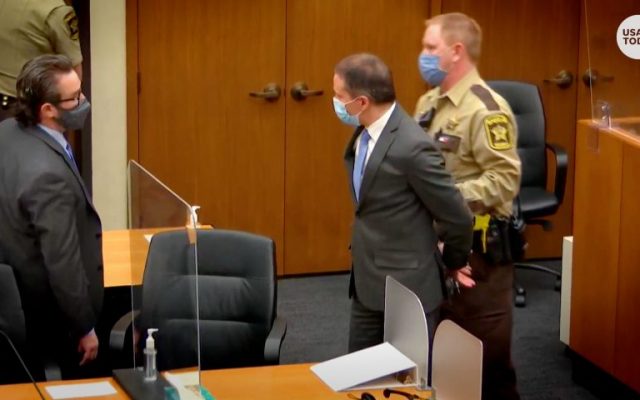 “We, the Lincoln Police Department, have been closely following the trial of Derek Chauvin, an ex-Minneapolis Police Officer, for the murder of George Floyd on May 25, 2020.  A guilty verdict was delivered by a jury this afternoon.  We recognize that for many people in our community and country, this trial represented more than just one man being held accountable for his actions.  This trial serves as a talking point in a larger national conversation on race and policing in America.  The murder of George Floyd and the trial of Derek Chauvin has stirred up strong feelings in members of our community.  The mission of the Lincoln Police Department is to work collaboratively with the public to provide a safe and secure community, and we are honored and committed to continue serving ALL citizens of the City of Lincoln.”

“Justice was served today. These verdicts cannot undo the senseless murder of George Floyd, but they deliver sorely needed accountability.”

“In May 2020, it was apparent to my senior command staff and I that Mr. Chauvin was guilty and his actions were reprehensible. Today, the jury’s verdict validates those sentiments and holds Mr. Chauvin accountable for his actions.
Let’s use this moment as an opportunity to find common ground for police and communities all across the country as justice was served.  Omaha has made great strides when the community and OPD have worked together. OPD would like to use this moment to further commit to our community.”

“The traumatic death of George Floyd, and the impact on our nation’s police, continue to wrench our hearts. Though the verdict will be debated, you just can’t put your knee on someone’s neck area for nine minutes and expect to be exonerated in a trial. Perhaps now that this has passed, we can open a new chapter of community-based policing, relationship-building, and non-lethal restraint.”