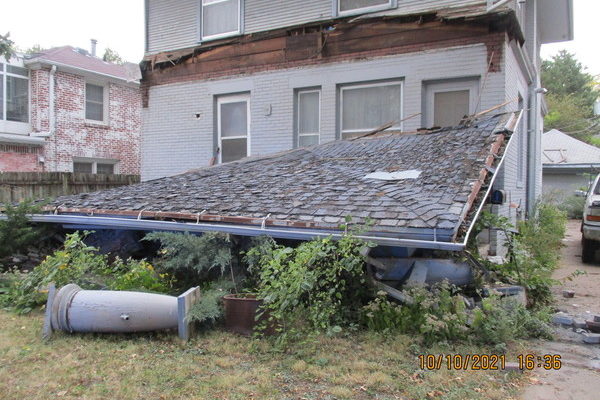 LINCOLN–(KFOR Oct. 11)–A 20-year-old Lincoln man is accused of first-offense DUI drug and willful reckless driving, after he allegedly losing consciousness when he had huffed canned air while driving and his vehicle hit a home at 20th and “A” Street on Sunday afternoon.

“The compressed air causes a very short term, euphoric effect.  That’s the purpose of them doing that, is to get a short term high,” Lincoln Police Captain Max Hubka told KFOR News on Monday morning.  “The obivious negative side-effects are that it causes you to potentially to hallucinate or lose consciousness.”

When the car hit the house, Captain Hubka said it took the front porch off of the house and caused the overhang to collapse.  There was evidence of huffing inside the car, when police were investigating the scene.  Hubka says Matthew Towne later admitted to investigators about what happened while he was driving.

No one was hurt and Hubka said that people living in the home can still live there.