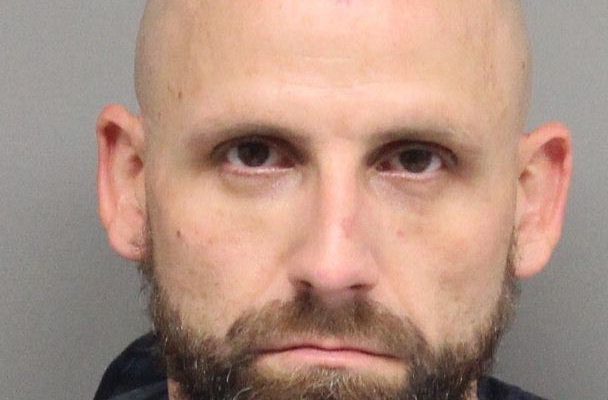 LINCOLN–(KFOR Nov. 19)–A 37-year-old man goes on a mini-crime spree across Lincoln over a two-week period, but ends up getting arrested at a relative’s home on Saturday, when they saw what they thought was a stolen vehicle outside.

Lincoln Police Officer Luke Bonkiewicz on Thursday morning said that Scott Enevoldsen was arrested at a home off of 64th and Ballard, after investigators found the stolen Jeep taken Nov. 4 from a McDonald’s parking lot near 21st and “K” streets.  Inside were stolen license plates taken from vehicles in the Health Department parking lot the same night he stole the Jeep and others taken about a week later from the 4800 block of Bunker Hill Road in north Lincoln.

Bonkiewicz said this spree started Oct. 27, when a 29-year-old woman reported to police someone had been making fraudulent charges on her account using a card she thought she had lost, but later realized it was stolen.  The card was used at several places around Lincoln for a total loss of nearly $700.  Bonkiewicz said the victim thought it was someone who lived with her that may have been responsible.  Turns out, courtesy of security video of him using the car, it was Enevoldsen that was using the card.

A day after he allegedly stole the Jeep, Bonkiewicz said Enevoldsen apparently had been involved in a crash in the parking lot of the Burger King at 40th and Old Cheney, where he backed into another vehicle.   As officers were contacting him, Enevoldsen  put the vehicle in drive and drove away.

“Officers did not pursue due to the time of day, the dangerous driving by Enevoldsen , and the potential for collisions or injuries,” according to Bonkiewicz.

Then on Nov. 11, police were called to a gas drive-off from the U-Stop at 33rd and Superior, where a suspect fitting Enevoldsen’s description took off without paying $30 in gas for a Jeep he was driving.  The next night, police handled a call about stolen license plates on Bunker Hill.

Enevoldsen was tracked down and arrested on Saturday for theft by unlawful taking, multiple counts of theft by receiving, unauthorized use of a financial transaction device, having revoked/suspended license.