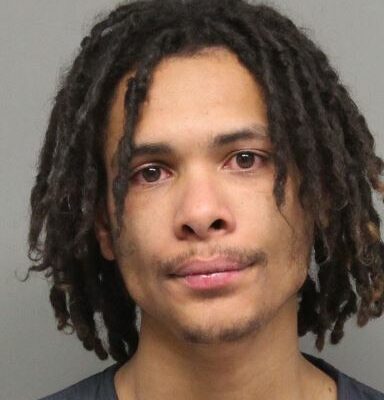 LINCOLN–(KFOR Nov. 22)–Lincoln Police arrested a man late Monday night for hitting two vehicles and a police cruiser, then leading them on a short pursuit before a brief standoff.

According to LPD Captain Todd Kocian, officers were called out to the Kwik Shop at 14th and Adams on a report of a person passed out behind the wheel of a vehicle. Officers contacted the man inside, 25-year-old Delano Proctor, who woke up and took off driving out of the parking lot, nearly hitting an officer, but hitting one vehicle and a police cruiser.

A short pursuit started toward downtown Lincoln and Proctor’s vehicle hit another vehicle and became disabled on Antelope Valley Parkway just north of Military Road. A brief standoff took place, but Proctor was eventually taken into custody after a Nebraska State Patrol trooper shot pepper balls into his vehicle.

The driver of the vehicle hit by Proctor was not hurt.

Proctor was arrested for 2nd degree attempted felony assault on an officer, use of a deadly weapon to commit a felony, flee to avoid arrest and was cited/released for resisting arrest, willful reckless driving, leave scene of accident, 1st offense DUI, refuse chemical test, open container in motor vehicle, driving during suspension, no proof ownership  and no proof of insurance.