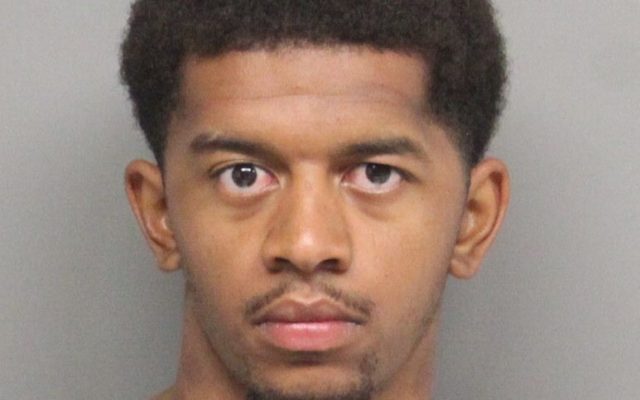 LINCOLN–(KFOR Sept. 8)–Lincoln Police say a 19-year-old man is accused of being involved in a string of auto thefts, plus a sexual assault in the past week.

It was just before midnight Sept. 2 that LPD was called to the McDonald’s at 27th and “W” Street about a stolen vehicle in the parking lot.  When officers arrived, they contacted 19-year-old Dearies Bogan of Lincoln, who was sitting in the driver’s seat of a blue 2018 Ford Fiesta.  Officers verified that the vehicle had been stolen from the area of 27th and M Street on September 1st around 4 p.m., where a Domino’s Pizza delivery driver had left the vehicle unlocked and running while making a delivery.

Officers also located a 13-year-old female in the vehicle who had been reported as a missing person.  Through the course of the investigation, officers found evidence that the 13-year-old had been sexually assaulted by Bogan.   Bogan was arrested for 1st Degree Sexual Assault and felony Theft by Receiving.   While in custody, officers were able to develop probable cause to arrest Bogan for several other auto thefts.

On August 28th just before 9 p.m., a Domino’s Pizza delivery driver reported that he left his 2004 beige Toyota Camry in the lot at 2815 S 18th Street.  When he returned to the vehicle minutes later, it was gone.  The vehicle was recovered in Carter Lake, Iowa on September 1 around 3 p.m..  Officers developed probable cause to arrest Bogan for Theft by Unlawful Taking in this case.

On August 30th around 9:30 p.m., a 26-year-old woman reported that her vehicle was stolen after she left it running on the roadway after seeing a dog running in the street.  When she went to look for the dog, someone stole her vehicle.  The vehicle was recovered in a soybean field near 95th and Fletcher on August 31st around 6 p.m.  Officers developed probable cause to arrest Bogan for Theft by Receiving.